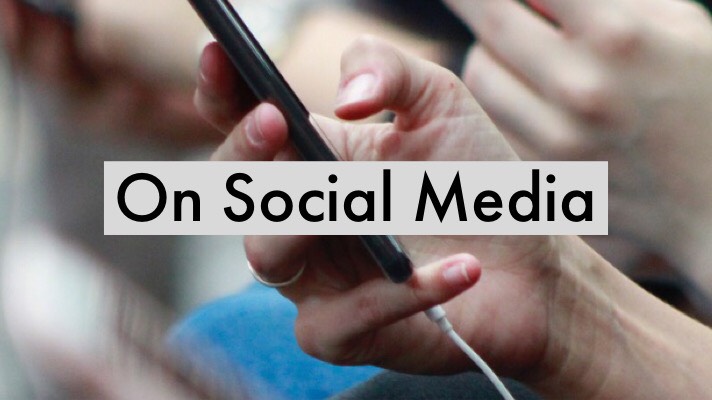 The reality is, regardless of how you feel, children are on social media. Many of them have ignored the user agreement and fed the system a fake birthday allowing them to appear older than they are, and obtain an account. This primarily occurs on Snapchat, TicTok and of course Instagram, but across all social media platforms, children are present.
Complicating this issue more, it seems like many parents are either unaware or apathetic to this reality.
Teachers however have had a seemingly disproportionately negative response to this reality. They blame social media for why their students struggle to read, rather than their own antiquated teaching practices (more on this later.)

The majority of my colleagues in education consider me to be the “young guy” and yet I didn’t get a Facebook account until I was a sophomore in high school. I got my first smartphone as a sophomore in college. Though that may mean I’ve had plenty of time to grow as a technology user, I still remember trying to make phone calls from my family’s landline only to hear the screeching of the dial up telling me that someone was using the internet and that I could not make a call. I, “the young guy” am too old to be a digital native.  Now we find ourselves in a time where landlines are the punchlines of jokes, and phone calls are seen as burdensome or awkward. Previously we connected ourselves with friends and family by calling them. Now, we turn to social media. Today’s children, who have grown up with this mindset ARE digital natives.

Social media is a space of virtually unlimited potential. We can communicate with friends and family, can learn about news or current events, and can, in rare cases, make money as “influencers.” Naturally, this potential comes with plenty of downsides. Often in attempts to gain followers or popularity, users give identical access they’d give a family member to a complete stranger. Users often look to blog posts rather than reputable news organizations and take them at their word rather than fact checking-often ending up with misguided ideas and dangerous misconceptions. Additionally, many users will do virtually anything for a following. Many stories of YouTubers dying because they did a dangerous stunt to gain subscribers came out in the last year alone. I’ve even had a student tell me that she broke her arm trying to do something that would get her more Instagram followers.

Adults have set an incredibly dangerous precedent with our example of how social media should be used. Now, as we see children following our lead, we unsurprisingly get concerned. In other words, and to put it incredibly bluntly, adults arguably created Snapchat so people could send sexually explicit images to one another. Now, we’re upset that children are following suit. Naturally, parents and teachers aren’t teaching kids how to sext or otherwise behave badly online, but that’s because we rarely talk about how to behave online period. They’re learning from the influencers that market themselves as “cool” and “for kids” that in fact, are chosen by said kids.
Unfortunately, the ramifications for children are incredibly massive and daunting. Recently, there have been reports of social media companies having to crack down on underage users because adults are exploiting kids. Cyber bullying is rampant. Kids are doing things on online but are getting hurt in real life.

Before, I said that teachers “blame social media for why their students struggle to read, rather than their own antiquated teaching practices” and that “we rarely talk about how to behave online.”

Why don’t we both discuss how to behave online (digital citizenship) while also creating meaningful learning experiences? The reality is that social media is embedded so deeply into today’s culture, that removing it would amount to removing an integral part of student’s lives from the classroom. Plenty of educators and psychologists alike have written about “funds of knowledge,” or, what students bring to the table. If we access this, learning becomes meaningful, relevant and often, intrinsically motivated (which is THE goal.) Social media is unquestionably a found of knowledge that nearly every kid has- and if they don’t, typically they want to learn all about it!

Teachers can harness this potential in a variety of ways. They can use Flipgrid to “vlog” their opinions and ideas about a subject. Teachers can use this to discuss how people should portray themselves online. Additionally, students can respond to one another, which allows students to learn about how to politely disagree and have a civil discussion. Students can use presentation softwares like Google Drawings to create instagram posts from their own, or from a literary character’s perspective that can later be shared on a back channel like Padlet or even the Google Classroom Stream to provide a timeline layout for student posts. This both would feel more authentic, would be limited to specific people (a class, school or even select classes around the world,) would have accountability, and would allow students to once again practice civility in a comment section.
Finally, #BookSnaps is a huge way to allow students to demonstrate their learning, thoughts and opinions using social media (students can also create these on tools like Google Drawings, Microsoft PowerPoint and Apple Keynote.

Social media is daunting. Introducing students to it seems like drinking from a fire hydrant, but it’s essential. Not only for the safety of students, but for the relevance of education. If adults don’t show children how to use social media, they’ll learn from their peers, which arguably, isn’t desirable. Social media is a reality in the lives of kids- we should use that knowledge rather than demonize it. 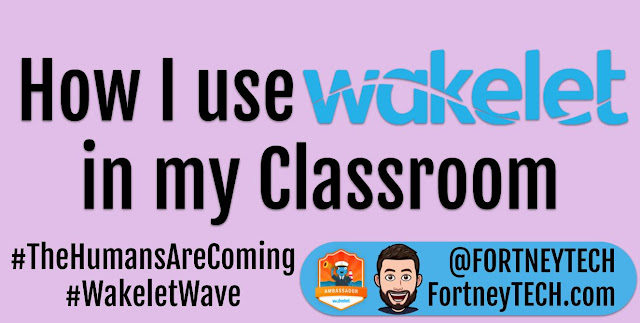 How I use Wakelet in my Classroom

Please Note, This post will (hopefully/eventually) be updated as I try new things using Wakelet.
Wakelet is probably at the very top of my list of favorite tech tools right now. I use it pretty much in all facets of my life. I use Wakelet as a Journal, to keep track of recipes, to keep a running list of coffee roasters around the country that I want to try, as a method to distribute professional development materials, and of course, in my classroom.

While I could ramble about why using Wakelet in my personal life has helped me stay organized in ways that I didn’t even realize would benefit from extra organization, I want to focus in on why Wakelet is such a powerful tool for teachers to use.

Class Newsletters
I’ve found that one of my favorite ways to use Wakelet isn’t even with my students- it’s with parents. I’ve been creating class newsletters on this platform and it simplifies so much! I can easily share text, links, pictures and PDFs in an intuitive, and attractive format. I send …

My Reflections on Ditch That Textbook

The other day, I finally finished Matt Miller’s Ditch That Textbook. Completing the book was about 9 months in the making because I habitually stop making time for myself to read, and because I almost always have about five books that I’m working on reading (right now, it’s Teach Like a Pirate by Dave Burgess, Word Shift by Joy Kirr, Shake up Learning by Kasey Bell, and A Game of Thrones by George R.R. Martin.)
The nuance setting Ditch that Textbook apart from other books about edtech/pedagogy is found in the acronym Matt discusses throughout the book. Ditch stands for
Different Innovative  Tech-laden Creative Hands on
Now, while this acronym and it’s explanation are all over the place, that’s about as far as I’m going to get into the content of the book so that if anybody hasn’t read it, I don’t accidentally take away their motivation to do so. Though it may not seem like it thus far, my aim of this post is not to be a Matt Miller super fan, but rather I wanted to discuss a call to action … 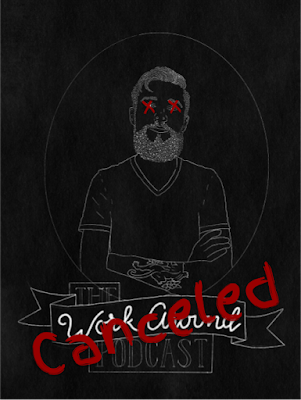 Where Did The Work Around Podcast Go?

You might have noticed that there hasn’t been a new Work Around Podcast in quite some time. To cut straight to the chase, I quit, or at least I’m putting that project on hold for now. So let’s talk about it- why I’m taking a break from podcasting, what went well, what could have gone better, and what I learned from the whole process. At the end, I’ll also give you an update of my goals for FortneyTECH.

First, I’d be remiss to not express my gratitude to everyone who’s ever listened to the podcast, all of the guests and to all those who stepped outside their comfort zone to record EDU Tangents! The podcast was growing and was sustainable- I even received a few emails from people wanting to be guests on the show to promote their projects (though their goals and mine didn’t line up.) All of this is because of you! I’m honored that you’d spend your time listening to my monotone voice and am humbled by the kind reviews and feedback that I received about the project. Thanks.
Educational Pod…